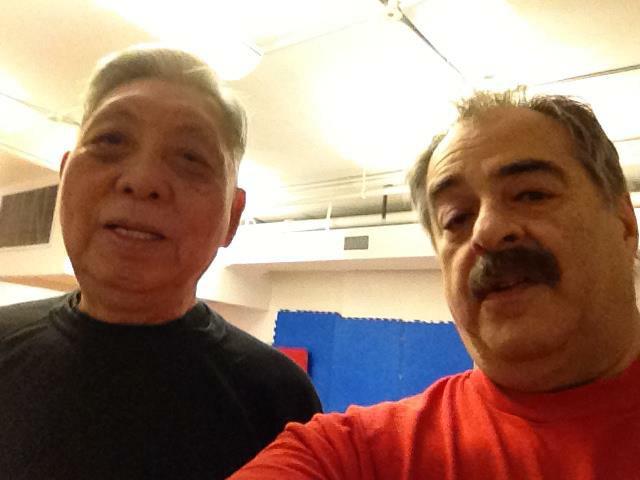 For a few years I was a student of Tae Kwon Do, a fast paced kicking oriented and powerful form of Korean karate, in a school on 23rd street in Manhattan, New York.  One night after training, some of the other students asked if I wanted to go with them down the block to see a school that had recently opened where a Chinese soft-style martial art, the “60 movements” Yang style Tai Chi Chuan, was being taught by a Master.  I went with them, met Master William Chi-Cheng Chen and saw what I thought was a strange dance-like form being practiced. I was not initially impressed.

For some reason that I can’t recall, about a month later, I went to take another look. Master Chen was three flights up and was alone in the studio when I entered. I told him that I was interested in understanding more about Tai Chi; I noted that I had been a Tae Kwon Do student, and didn’t understand how the dance like forms that I saw a couple of weeks prior could possibly be an effective martial art.

I tried a third time, again no visable effect.  I was getting frustrated. Master Chen then asked me to kick him; again no visible reaction.  Finally, he asked me to punch him as hard as I could.  I did and my wrist hurt.

He then asked if he could put some padding over my shoulder. I replied that he could… that was a mistake.  He held his open hand so that his fingertips touched the padding around my shoulder. As he closed his fist, bringing his hand to where the fingertips were located,

I heard a sort of grunt, and, consequently, I was literally lifted off the ground and back a few feet. My arm felt as though it was going to fall off…. I became a believer, and I continue to believe. This visit was about 45 years ago.

I am now, a certified instructor and student of Master William C.C. Chen and take private lessons every Saturday morning.  Master Chen is internationally known as a leading practitioner and teacher of Tai Chi Chuan for five decades. He was the youngest “live in” senior student and favored disciple of the Grandmaster Professor Cheng Man Ch’ing, who was a student of the famous master Yang Ch’en-Fu (1883-1936).